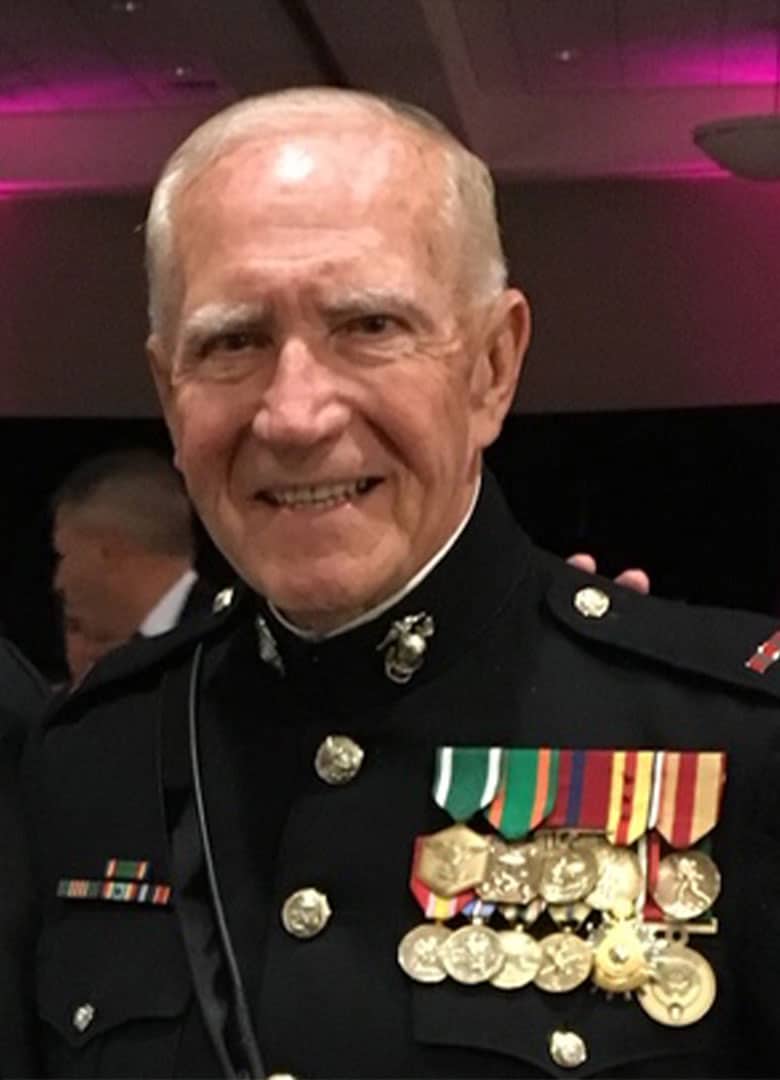 Lou Kubik was a CWO-4 (Chief Warrant Officer grade 4) in the Marine Corps. Lou served 29 years with distinction. He was a member of 2nd Battalion 6th Marines and received recognition for his role in the Bay of Pigs, Desert Storm, and Desert Shield. Lou then served his community as a detective in Waukegan IL, a suburb of the Chicago IL metro area. Lou’s continued service eventually took him to a position in the US State Department working in Intelligence. His love for his country was surpassed only by his love for his family, and his desire to help others. After retirement, he participated in volunteer activities. Lou volunteered his time weekly with the Huntsville Police Department as a case work assistant for the North Precinct Criminal Investigation Division, served as a board member with the Semper Fi Community Task Force, and did volunteer and charity work for several other local Veterans service organizations. Lou was a gentleman, a true patriot, and always went out of his way to be kind and pleasant to everyone he met. His loss will be felt deeply in the Veterans support network in North Alabama, and he will be missed dearly by both his family members and the multitude of lives he touched through his selfless service to his country and his community.